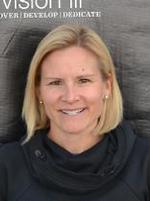 Lauren Uhr enters her 11th season as a head coach at CMS for the 2022-23 academic year, including her eighth consecutively since re-joining the program in 2015. She led the Athenas to three straight undefeated SCIAC seasons and NCAA Tournament berths from 2017-19 and was named the Division III West Region Coach of the Year in 2018 by the Intercollegiate Women's Lacrosse Coaches Association (IWLCA).

The Athenas set a program record with 18 wins during the 2018 campaign, and won the SCIAC championship for the second season in a row (and fourth time in program history), going undefeated in conference play. CMS followed that up with a 16-3 mark in 2019, again going undefeated in SCIAC and earning an opening-round bye in the NCAA Division III Tournament.

Uhr first coached the Athenas for three years from 2005-07, compling a 34-13 record, before spending eight years as the head coach of Division I Saint Mary's College. She returned to the Athenas in 2015 and has since led CMS to a 90-25 mark over the last six years, giving her an overall record of 124-38 at CMS.

During her first three years coaching the Athenas, she had 10 players earn First-Team All-West Region honors and three players earn All-American honors. In the six full seasons back with CMS, 15 players have been named All-West Region and two been selected as IWLCA All-Americans. Prior to coaching at CMS the first time, Uhr was the Assistant Women's Lacrosse and Soccer Coach at Limestone College in South Carolina.

Uhr received a bachelor's degree in Marketing and Information Systems from Fairfield University in Connecticut. While at Fairfield, Uhr was a member of the Division I Lacrosse team, receiving several awards including Regional All-American, Conference Player of the Year and First Team All-Conference.